Skip to content
View cart “Family Traditions Chess” has been added to your cart. 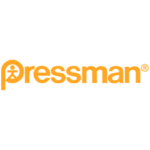 Get ready for fun that is out-of-this-world with Pop Rocket! Pull the string on the Rocket to start the countdown, and start roll the die. Move your color star catchers to where you think the little stars will land, but keep an eye on that Rocket because it’s only a few seconds until BLAST OFF! Watch the stars explode into the sky, and land in your star catchers. Be the first one to collect enough star catchers to fill your constellation to win! For 2-4 players, ages 4 and up.

Be the first to review “Pop Rocket?” Cancel reply