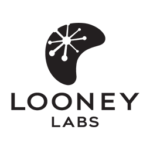 What would have happened if the Boston Tea Party had been prevented, or the Alamo had been abandoned and razed before the Mexican army surrounded it? What if Maryland had joined the Confederacy would the South have won the Civil War? Fortify yourself with a slice of Marie Antoinette’s Cake, or a bite of General Tso’s Chicken, and hop into your Super Deluxe Time Machine to start finding out the answers to these questions and more, in Early American Chrononauts!

Be the first to review “Early American Chrononauts” Cancel reply